Whether you're getting rid of one computer or an entire department of computers, there are some components and materials that could serve someone better outside of a basic trash can or roadside. Although it may be illegal in some states to simply throw away computers or other electronics, some individuals and businesses do it anyway without thinking about the potential risks and gains of getting rid of electronic trash properly. Before throwing the system into the garbage, consider a few ways that old systems can be recycled or reused to better potential.

Some Components May Still Be Useful

Define an old computer. Is it one year or two years old, or is it a decade old? Is it old because you're tired of its performance and want another computer, or is it truly broken? The answers to these questions are different for everyone, but it could affect the recycling potential of a computer.

When a computer is "new," the new label could mean a lot of things. It may be new to you and freshly purchased off the shelf of an electronics store, but the components could be better, the same or even worse. An actual upgrade may be a small, almost negligible increase, but a fresh computer that hasn't been loaded down with software and user habits may run more smooth and feel more new.

In some cases, the components may be able to be removed and used in future computers. Components such as the hard drive, memory (random access memory or RAM) or the power supply could be from the same generation as your new computer's components, but slower or with different properties.

If you don't know how to add new components, but feel that your computer may not be that old, you could simply remove the parts (or ask a computer expert for help) just to hold onto the parts for later. A friend, relative or colleague may be able to use the parts, or you may be able to sell the parts later.

Some of the metals and other materials inside computers are valuable for recycling. Aluminum is found in many components, but there's so much more to recover.

Aluminum is chiefly found in the computer case. Although many computer cases have a plastic shell used for cosmetic purposes, there is usually an aluminum or steel framework underneath. The hard drives are also often enshrouded with an aluminum case, which can be removed with a screwdriver.

Inside the hard drive is a collection of more interesting materials. The hard drive's platters--which are used to store information--may be coated with a thin film of platinum. It may not be much, but you could begin collecting a platinum scrap heap to make it worth your while.

Instead of screws, some of the smallest components inside a hard drive are held together by rare earth magnets. Due to the changing environment and political issues surrounding the material, the market can be an interesting thing to keep an eye on if you plan on recycling through a recycling center or personal sales.

Contact a trash hauling professional, like Waconia Roll-Off Service, to get rid of the rest and to find recycling centers that can answer your specific material recycling questions. 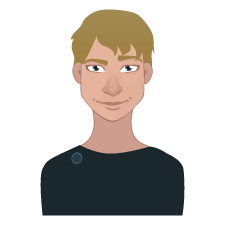 I was brought up in a home in which the protection of the environment was held to a high priority. The entire family did everything possible to ensure that we weren't using any more water and electricity than necessary and did what we could to use all recyclable materials for everything that we did. I took everything that I had learned during my youth and continued teaching my kids the same way of life. We only have one world to call home and if we don't do everything possible to protect it, one day, it may no longer be the place it needs to be for humans to thrive. This blog will show you all about recycling and taking the important measures of protecting our earth.